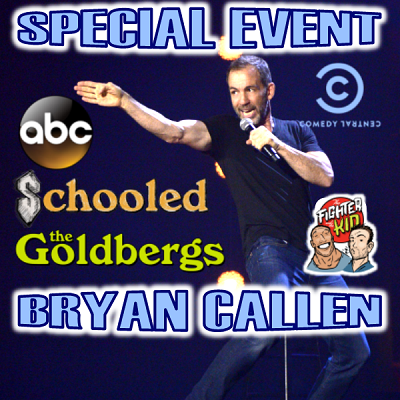 Bryan Callen made his television debut as a series regular on “MADtv” and the HBO prison series “Oz.” He has appeared on several television series including “Fat Actress”, “Sex and the City,” “7th Heaven,” “Stacked,” “The King of Queens,” “Las Vegas,” “Significant Others,” “The West Wing,” “CSI: Miami,” “Law & Order: Special Victims Unit,” “NYPD Blue,” “Suddenly Susan,” “Frasier,” “NewsRadio,” and as Rob Rubino in the HBO series “Entourage.” He also appeared regularly as Bilson, Neil Patrick Harris’ boss, in “How I Met Your Mother.” In addition, Callen has appeared in feature films such as “Bad Santa,” “Old School” and “Scary Movie 4.” In 2009, he appeared alongside Will Ferrell and Jeremy Piven in the film “The Goods: Live Hard, Sell Hard,” as well as with Bradley Cooper and Heather Graham in “The Hangover.”