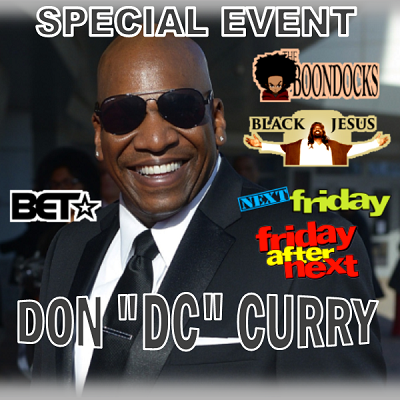 Don “D.C.” Curry is an American actor and stand-up comedian. He is best known for starring as Craig’s sex-crazed Uncle Elroy Jones in “Next Friday” and “Friday After Next” and for his role on the sitcom “Grace Under Fire.” Curry was also featured in “The Boondocks” episode, “The Color Rucks,” in which he voice acts Uncle Ruckus’ Caucasian-hating adoptive father. He also hosted 2013 BET’s “Comic View.” Curry got his first start on BET’s “Comic View.”