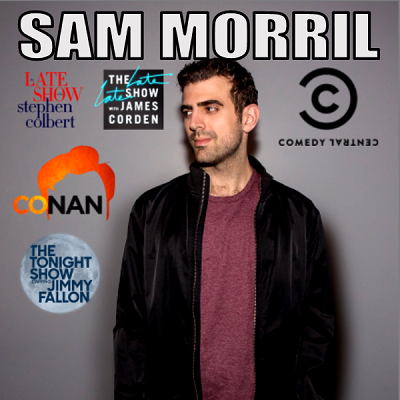 Sam Morril is a NY based comedian and the star of the Emmy nominated MSG Networks series People Talkin’ Sports. His first hour-long comedy special “Positive Influence” was executive produced by Amy Schumer and was released by Comedy Central in November. Sam was the third stand-up to perform on The Late Show with Stephen Colbert and he has appeared on Conan 5 times, as well as the Tonight Show with Jimmy Fallon, and The Late Late Show with James Corden.