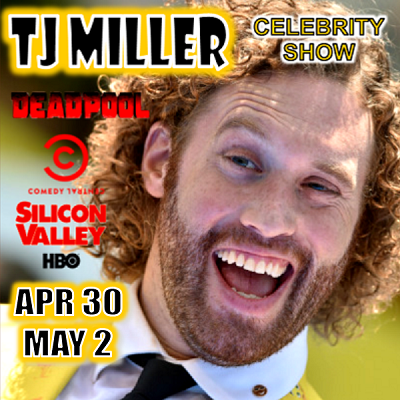 T.J. MILLER is one of the most sought after comedians in the comedy world, but not in the drama world, or the finance world. He was named one of Variety’s “Top 10 Comics to Watch,” and EW’s “Next Big Things in Comedy.”

You may recognize his non-animated face and body from his roles in FOX’s big screen comic book adaptation of DEADPOOL, the highest grossing R-rated film of all time, 2014’s surprise indie hit TRANSFORMERS 4, and Mike Judge’s HBO comedy series SILICON VALLEY, now in its third season, for which he received the Critics’ Choice Award for Best Supporting Actor in a Television Comedy.